Industry intelligence service, A Word About Wind, names Alla Weinstein amongst the most influential players in the global wind energy sector

8th November 2016, London – Alla Weinstein, Founder of Trident Winds LLC, has been named as one of the Top 100 Power People.  This 5th annual Report is published by wind industry intelligence service, A Word About Wind. The accolade recognizes Alla Weinstein’s contribution to the global wind energy industry throughout 2016.

It marks the first time Trident Winds LLC has featured in the unique independent report, compiled by the A Word About Wind editorial team in collaboration with an impartial senior advisory board.

The ranking takes into account the growing influence of Alla Weinstein and her team on the sector, as evidenced by the advancement of the offshore wind sector’s move towards floating turbines.  Ms. Weinstein left her role as chief executive and founder of floating foundation developer Principle Power after eight years in 2015 to fund a project development company, Trident Winds LLC, which is proposing to build a 765 MW nameplate capacity floating wind farm off the coast of California. Weinstein has said that the project would not only benefit energy users, by providing power for over 300,000 homes, but would also bring a new industry into the tech-savvy US state.

“This year’s ranking process was the most competitive we’ve seen to date,” said Adam Barber, Publisher, A Word About Wind. “The number of high-profile omissions we’ve been forced to make is testament to the ongoing ability of the rapidly developing wind energy sector to attract and retain talented, influential individuals.”

“As ever, while the Top 100 Power People Report focuses on celebrating the core achievements of these individuals and their teams, the make-up of the list inevitably provides a valuable insight into wider trends and industry movements.”

“This year, we’ve seen the number of corporate players featured on the list double as the influence of these firms continues to grow. We’ve also seen the number of represented developers grow considerably, pointing to the rise of institutional investors who are looking to buy and hold onto assets, rather than develop themselves.”

“This investment community is becoming increasingly diverse – with banks, fund managers, private equity and state-backed investors all featuring prominently this time around.”

“It is a great honor to be included in the Top 100 Power People 2016”, said Alla Weinstein, Founder, Trident Winds LLC.  “Floating offshore wind is the future of the offshore wind industry.  The West Coast of United States has great offshore wind resource, but the water depth necessitates the use of floating support structures.  Technology maturity opens this vast renewable energy source at the time when the market demand for clean energy increases.  Trident Winds is proud to bring offshore wind to the West Coast of United States and create a new industry in the process.”

The Top 100 Power People Report is an annual initiative, published and distributed in Q4 each year by A Word About Wind. Nominations are received from early June until the end of August. Each candidate is then assessed, rated and ranked by an advisory board consisting of impartial senior wind industry representatives.

For further information, and to obtain a copy of the 2016 Top 100 Power People Report, please visit: www.awordaboutwind.com/reports/the-top-100-power-people-in-wind-2016/

Trident Winds LLC was organized in 2015 with a mission to develop deep water offshore wind projects.  The company submitted an unsolicited lease request to the Bureau of Ocean Management for a site off the coast of Morro Bay, California in January 2016.

About A Word About Wind

Founded in 2012, A Word About Wind is a rapidly expanding membership organisation that provides intelligence, insight and connections to senior industry decision makers.

Our community of over 2,500 individuals comprises and represents some of the very best finance houses, banks, venture capitalises, and private equity investors in the world.  Through our programme of reports and impartial industry analysis, together with a growing programme of exclusive members-only networking initiatives and events we influence, educate and inform the people that drive and shape international wind energy.

Membership enables our community to make better informed investment decisions, deepen industry knowledge, benefit from concise, informed deal information and ultimately get the inside track on what’s happening in wind. 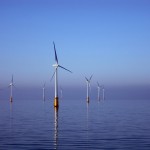