Monday, April 4, 2022 – Trident Winds Inc., a Seattle-based offshore wind developer, has submitted an Unsolicited Lease Request (ULR) to the U.S. Bureau of Ocean and Energy Management (BOEM) for a commercial lease to pursue the permitting, development, construction, operation, and maintenance of the first floating offshore wind farm off the coast of Washington State.

The Olympic Wind project is planned to be sited 43 miles off the coast of the Olympic Peninsula, taking advantage of a vast offshore wind resource that will deliver approximately 2,000 Megawatts of carbon-free energy.  The project is expected to generate significant jobs and economic benefits for local communities while helping Washington meet its ambitious climate goals and clean energy targets.

“The Olympic Wind project is poised to be the first floating, commercial scale offshore wind installation off the coast of Washington State,” said Trident Winds CEO, Alla Weinstein. “The project will harness our unlimited, carbon-free offshore wind resources for the benefit of all Washingtonians. We believe strongly that all voices matter and look forward to working with stakeholders to form strong partnerships that maximize benefits for surrounding communities.”

With the submission of the ULR for the Olympic Wind Project, BOEM will conduct an initial review to confirm the applicant meets the agency’s legal, technical, and financial qualifications to hold a lease on the Outer Continental Shelf for commercial offshore wind energy development. Following confirmation of qualifications, BOEM will issue a public notice of a request for interest to determine if competitive interest exists for the proposed site.

Trident Winds is realizing the future of clean, renewable offshore wind energy through the development of floating offshore wind farms on the West Coast of the United States. We’re on a mission to provide a clean energy future and economic opportunities for the communities we operate in. Learn more at www.TridentWinds.com. 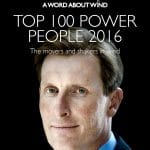